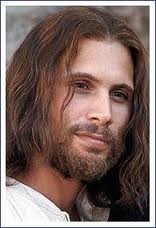 Since I need constant distraction in the form of SOMETHING on the TV when I write (I know, it seems counterproductive, but honestly, if I don’t have the TV on I work SO SLOW) I have been watching up all of FEARnet‘s free stuff in honor of Halloween.  Just between you and me, I’ve even paid for a couple of movies – the Halloween and Nightmare on Elm Street reboots, in particular, but that’s a blog post for another time.  And by another time I mean, like, a few days from now.

One of the free movies on FEARnet is Hideaway – a based-loosely-on-a-Dean-Koontz-novel, maybe-the-worst-movie-ever, maybe-a-good-movie that came out the year I graduated high school.  The cast is surprisingly, like, pseudo-famous.  Jeff Goldblum, Christine Lahti, Alicia Silverstone (right before height of her pouty fame), Alfred Molina, and Rae Dawn Chong.  And Jeremy Sisto.

I’d seen the movie before, all dramatic and laden with mid-ninteties yummy alt/electronic/pre-emo emo rock.  We’ll pause a moment to talk about THAT before we address the central question, nay the THESIS of this blog post.  We’ll talk a little bit about the fact that TWO Miranda Sex Garden songs feature prominently in the film.  Miranda Sex Garden, in case you’ve never heard of them, were sort of a pre-Evanescence Evanescence.  Except instead of some guy who sorta raps, they had other chicks with soaring vocals.  The movie also featured a Fear Factory song (not even a BLIP on the radar in my too-goth-to-function world – guess I was a wanna-be), a KMFDM song (ahem, I still listen to them sometimes), a Front Line Assembly song, a Sister Machine Gun song…in 1995, for me?  A movie with a soundtrack like that would be AWESOME, and because there is a little part of me that is still that me who was me in 1995, I get a small thrill from remembering myself from those times.  Because time does change all things, and because I no longer look good in skinny jeans.

Anyway.  I could ramble on about how Dean Koontz hated this adaptation of one of his crappier novels, and how even though Christine Lahti is only two years older than Jeff Goldblum in real life that she looked, like, TEN years older, and how Alicia Silverstone pretty much does nothing but pout and shriek in this movie, but the overwhelming, bigger-than-all-of-us question is, Jeremy Sisto, why are you so creepy? 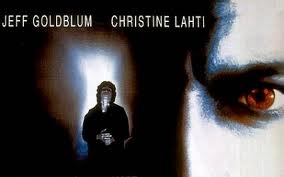 Now, granted.  Your character in Hideaway was SUPPOSED to be creepy.  You were a resuscitated devil-worshiping murderer who had a hard-on for Hell.  You wore way too much lip balm.  Your voice did that deep distorted thing.  It was seriously creepy. * SPOILER ALERT* Then, through some bitchin’ (not…) special effects you sort of explode at the end of the movie, and get absorbed by the big hell-type thing you sculpted out of dead people, and Jeff Goldblum had to use his glowy blue Heaven-magic to fight your evil juju.  You end up a part of the art you were creating, and presumably end up in hell, which is where you’d bought your time share (so to speak) anyway.

But you know what the thing is, Jeremy Sisto?  You just don’t get less creepy.

Your next role was as Elton in Clueless. The movie that made Alicia Silverstone super-famous and you?  Well, you played a teen hearthrob, but really you were just creepy.  You were sort of slimy and you looked like your hands were probably cold and sticky.  What?  I’m just sayin’.

Whether it’s creepy Billy in Six Feet Under, or the VICTIM in May, or just posing for paparazzi shots with your baby who you named Charlie BALLERINA, beeteedubs, you are pretty creepy.

I mean, why did they get you to play Jesus?  Maybe you were really good at it.  I never saw it.  Maybe, if I had seen it, I would think you were less creepy and this blog post might have never wormed its way through my chicken-fogged mind into existence.  Everything happens for a reason, Jeremy Sisto, and I was made to think you are creepy.

So before you post a comment on, “Gee, tell us how you really feel” think about it.  Dude is creepy, no?

2 thoughts on “Jeremy Sisto, Why Are You So Creepy?”