I almost titled this post “Broke, Sick, and Grumpy” but I realized that title wasn’t funny, and it was also all Negative Nan and stuff, so I changed it to the above, which is a totally non-SEO-friendly title name and not funny in the slightest.  I’m not feeling overly funny today, but I’ve been neglecting this little corner of the internet for so long I felt like I should post something.

I didn’t want to be like one of those people on Facebook or Twitter who only posts bitchy, crabby, negative stuff.  I understand that not all social networking is supposed to be witty and snarky, but I certainly prefer it when it is.  If you’re not going to be very informational, at least make me laugh.  You kow?

So I’m not going to talk about the fact that one of my best friends is mad at me, or the fact that I’m so broke right now that I don’t know if we’re going to be able to pay the August bills, or the fact that I have a terrible sore throat and am almost certainly getting ANOTHER sinus infection.  Instead I’m going to offer up a few things that make me laugh.  Maybe they’ll make you laugh, too, and I’ll be paying it forward in the amusement department.

Wherein I Amuse Myself

I know I’ve mentioned it before, but my buddy and I started a product review website that we’re trying to promote.  Another one of my buddies is on board now, and he is super smart and helpful, and he suggested we update our “About Us” pages.  I did, and I think what I wrote is way funnier than anybody else does.  Ah well…

So our friends came over and bought us beer and were all-around hilarious.  It is pretty much impossible to cry around these guys.  Didn’t get a good picture of all three of ’em, but this gem showed up on the camera. 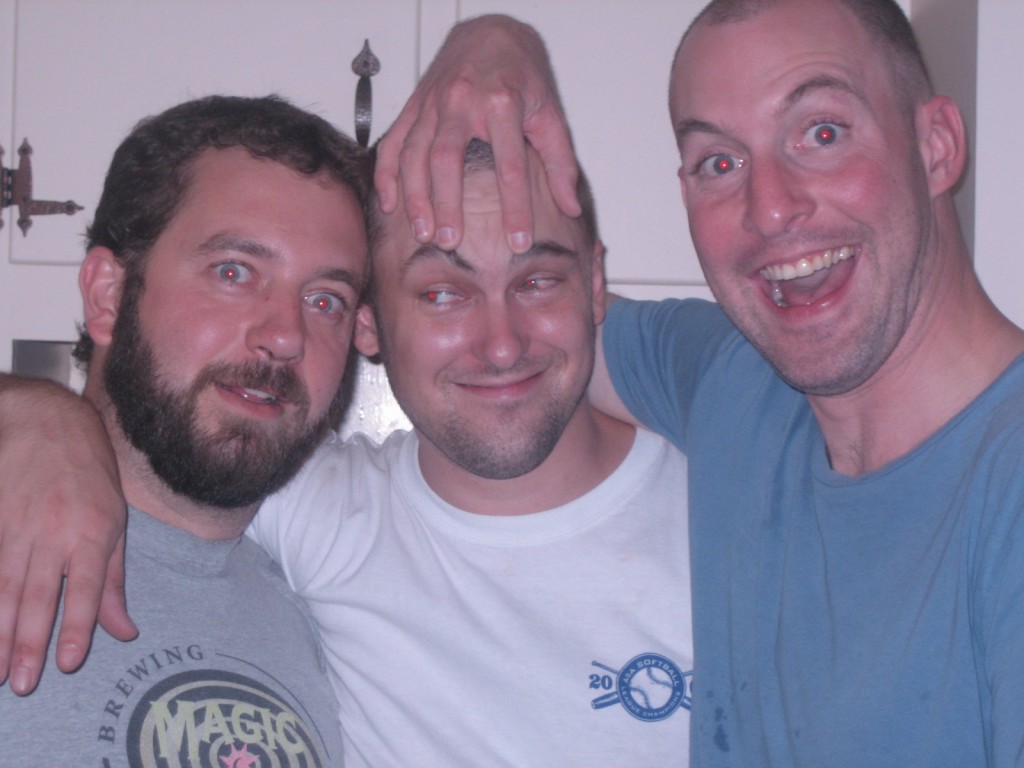 There was some Rock Band.  Didn’t spend a penny, had a lovely time.  Even if the house was so hot that not everybody kept their shirts on. 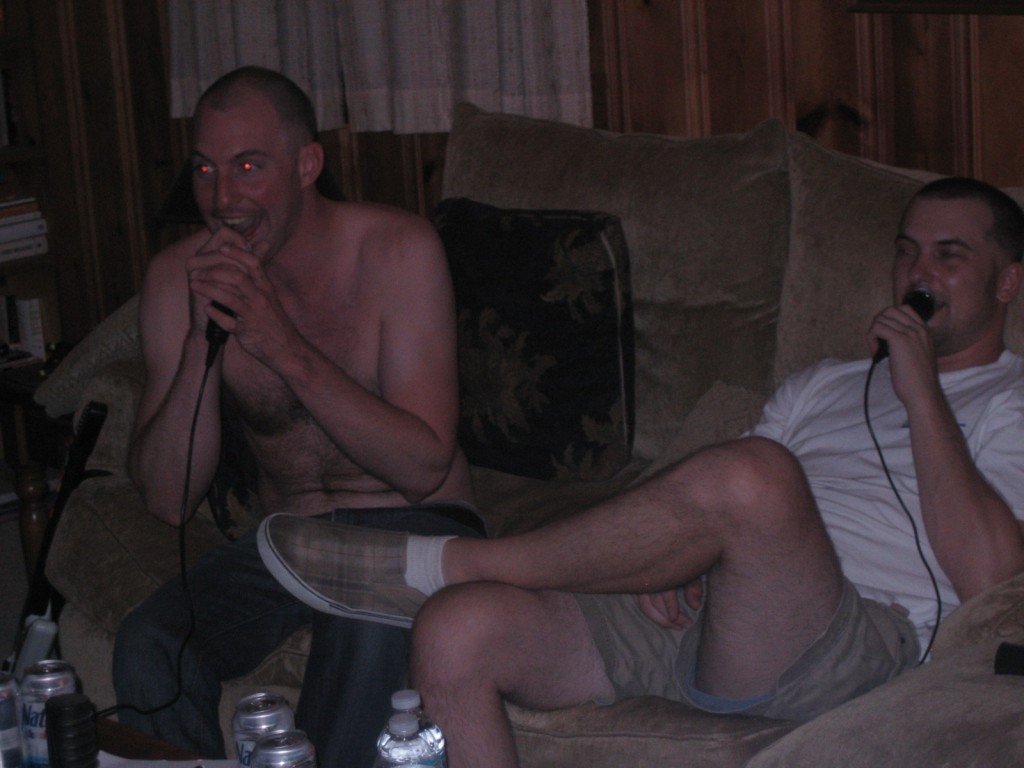 Wherein a Nice Guy Does A Nice Thing, and Also Has a Cute Kid

Earlier that day, a tremendously generous guy who looks like a superhero came over to work on the air conditioner so that we may, someday, have central air conditioning.  His 4-year-old son came with him, and despite the fact that the dude almost walked in on me in the bathroom, he was super cute and took a bunch of self-portraits of himself with my camera.  Here are the best ones: 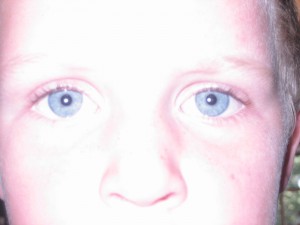 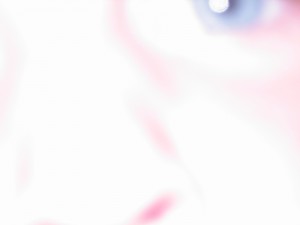 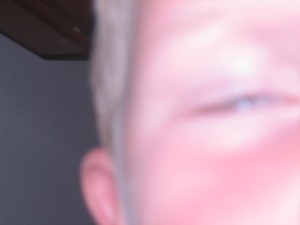 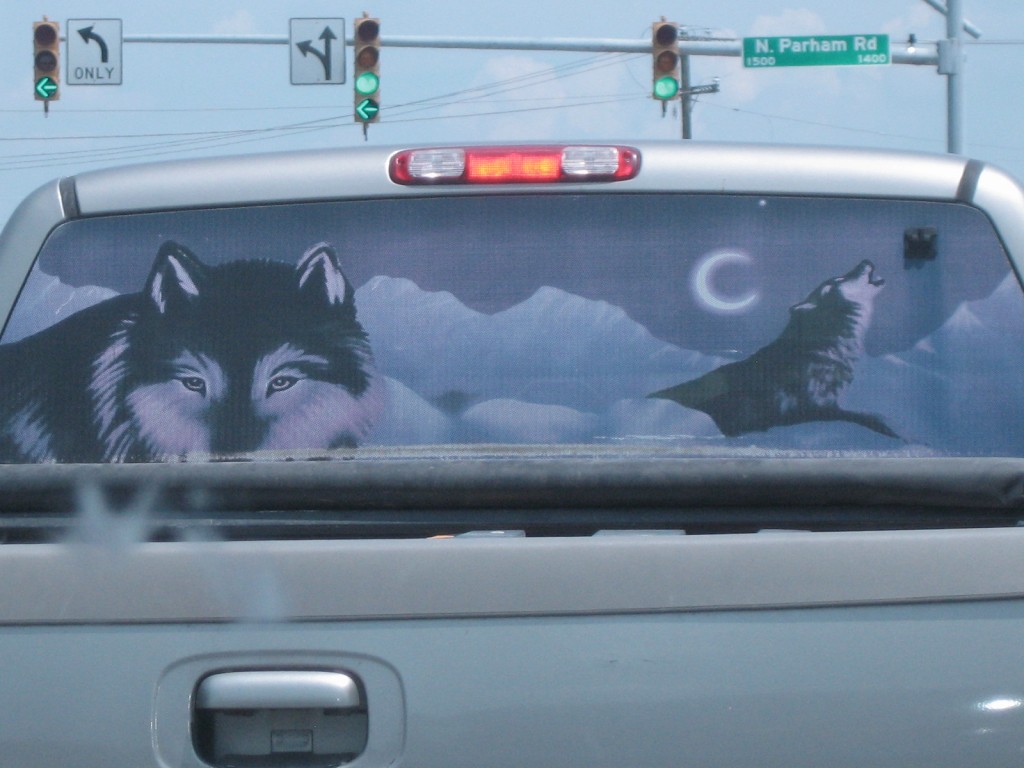