As I’ve mentioned a gazillion times before, I simply adore Lifetime Original Movies – especially the holiday movies.  They call it “Fa La La La Lifetime” and I’m a total sucker for it.

This past holiday season brought us a gem called Home By Christmas starring one Linda Hamilton.  You remember Linda Hamilton – “Beauty and the Beast” and the first couple “Terminator” movies, and other stuff.  She was always kind of neat looking, right? 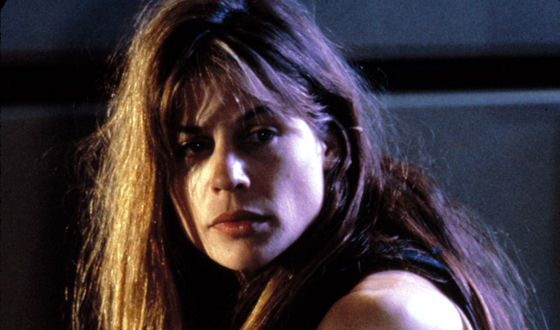 Nice, huh?  Well, she doesn’t look like that anymore.  She’s allowing herself to age naturally, without Botox or face lifts or anything like that.  And you know what?  I respect that.  The look they chose for her, however, was unflattering, and the acting is crap. 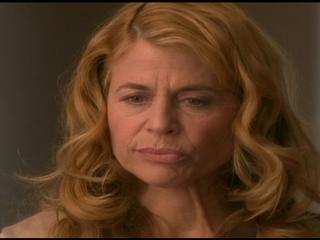 Look.  I’m not so sure that I believe in plastic surgery and all that stuff, but I am not sure I don’t.  If Linda wants to grow old gracefully, that’s totally fine by me, but don’t play a role that’s supposed to be about 10 years younger than you look, and while you’re at it, don’t play the part like you’re totally whacked out on Valium the whole time.  Unless I’m also whacked out on Valium, in which case I don’t care.  Just kidding.  I don’t take Valium.  They make Xanax for that now.

Anywhoo, the storyline is this.  Linda’s husband is leaving her, even though she is the perfect wife who makes sure she home cooks meals and gives clothes to the women’s shelter and supported her husband through all this whatever and she has this teenage daughter and BAM!  The husband is leaving, Linda ends up with nothing, the kid wants to live with the husband and his new dish, and Linda winds up living in her car.  Lucky for her she befriends an old man who owns a diner/antique shop (?) with a very attractive son, AND a woman who is also homeless but still manages to look good.  Then they start a business or something.  And Christmas is all saved and stuff.

Sorry to spoil it for you.  I know you were really looking forward to the next Fa La La La Lifetime in the hopes that they’d play it again.  Well, by then you will have forgotten about this post, and I will have already told you everything that popped into my little brain while watching the crap-fest Unanswered Prayers (yep, they made a movie out of the plot of a GARTH BROOKS song) and you will be rushing out to buy that little gem on DVD.

To tell you the truth, I started this post in December.  I’m just now getting around to publishing it.  I’ve been kinda busy.

Update:  I originally had a picture of Aughra from The Dark Crystal in here to illustrate the drastic difference between what Linda Hamilton has looked like in pretty much every other movie I’ve seen her in, and what she looked like in this one.  I realize now this might have been insensitive of me, even when I laughed out loud when I thought about the idea.  I’ve removed the picture, as I believe it is what spawned more comments than usual (or, like, ever) all by people defending Linda Hamilton and indicting my “review” of her “look.”  I am in no way a fashion or makeup or appearance “reviewer.” I am someone who watches entirely too much TV and too many movies, has snarky thoughts, and puts them on a website.

I think Linda Hamilton is great.  I stand firmly behind the earlier stated opinion that the movie was ridiculous, poorly written, and that Linda Hamilton’s performance in it was weird.  Simpering.  Bordering on creepy.  And the hair color was all wrong, and made her look older.

Linda was 50 when she made Home By Christmas – if she was playing her own age that would have made her around 32 when her kid was born, which is younger than I am now.  So I’m not hating.

I really don’t know what else to say.  The movie was silly, and she didn’t look her best.  Unlike now, after her season on Chuck: 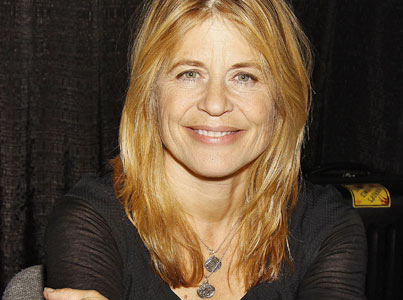 Great, right?  That’s what you get when you google Linda Hamilton Chuck.  Here is a picture from 2008: 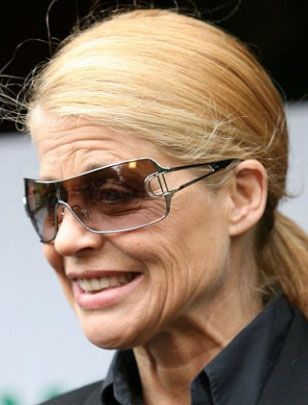 And here is a whole damn forum on people arguing on this same point (that I didn’t even make, by the way) back in 2008 when that photo was taken.  http://boards.straightdope.com/sdmb/archive/index.php/t-484928.html

This is a picture of her from the latest season of Chuck: 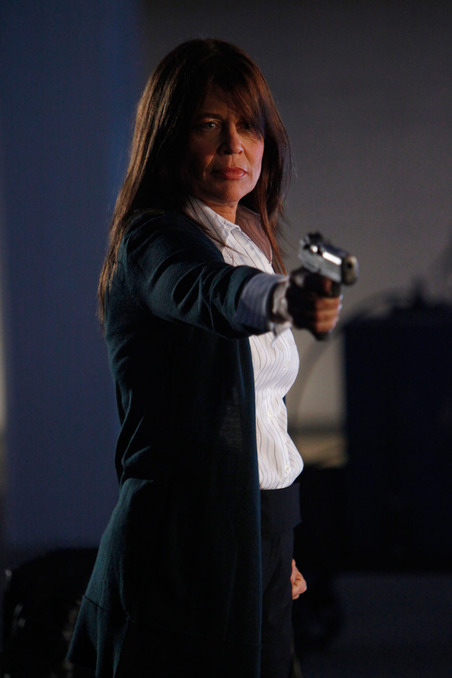 She looks better here then she did in that 2006 movie I saw, and in that 2008 picture I found.  I only found the 2008 picture because y’all got your panties all in a wad.  I decided to research a little more, see.  So I could be less ignorant as to illicit less Linda Hamilton Is Awesome Don’t Dare Criticize a Movie of Hers and Imply She Might Look a Little Rough, Or We Will Make You Feel Super Guilty and Spend a Few Hours Obsessing About This type of comments.  So then I looked for the 2011 pictures, and she doesn’t look the same.

Did she get plastic surgery?  Did she put on a little (I think much-needed) weight?  I’m not saying she SHOULD HAVE or NEEDED TO get plastic surgery, but did she?  Because that’s one way to get rid of wrinkles.  Or maybe the other photos were less makeup.  Which looks better?  What can I say that won’t piss people off?