Old Blogs and Portents of Doom

This myspace post is from December 24, 2004.  Yep.  I blogged on Christmas Eve.  Well, I paid for it.  Read the blog below, and then my comments underneath to hear just how wrong I was: 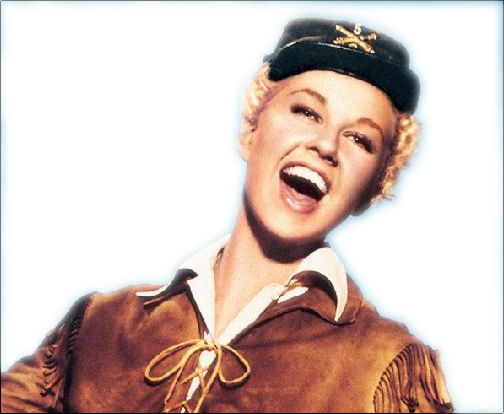 This picture of Doris Day as Calamity Jane should warn you something bad is going to happen.

I always liked Christmas Eve a lot better than Christmas day. I guess it’s the magic of it when you’re a little kid. Going to see the spooky yet inspiring nativity church service…my favorite part was the wise men tromping up the aisle of the church singing “We Three Kings” in booming bariotone voices…and then the otherworldly anxiety and excitement of waiting for Santa Claus…trying so hard to stay awake….sure that you hear sleigh bells and hooves on the roof. Good times. If I ever have kids, Christmas Eve is going to be magical like that. The message won’t get lost, but there will be magic. It’s so important. Things are going remarkably well for me right now. I hope that didn’t just jinx it. List of good things in no particular order: 1. Great new job 2. More money 3. Most awesome, wonderful, fantastic boyfriend in the universe 4. Supportive, loving parents who (I hope I hope) might be moving back to Richmond 5. Kick-ass roommate 6. Good friends 7. My health 8. The prospect of getting out of debt in less than a year. I’m so grateful. Merry Christmas, to those of you who celebrate Christmas. Happy Holidays to the rest of you, and may everyone have peace and happiness in the upcoming year. 2005 is going to blow the doors off, y’all. Stick around.

The job, while good for several years, ended in the 125-year-old company going bankrupt.  That’s bad.  The boyfriend became a husband, which is awesome.  So, not all things are bad.  My parents did move back to Richmond, further proving that things are not all bad.  Same with friends – we still have good ones.  I still (knock on wood) have my health.  The roommate was the best roommate I’ve ever had, even though we shared a totally dink apartment on Dooley Ave.

The bad thing about 2005 was all the death.  Seriously.  May through August I had a person die on me every month.  It was, like, nightmarish for me, but even worse to those people who were closer to the people who died.  One in May of lung cancer, one in June (a relative died in a terrible tragedy), one in July who died in his sleep at 29 years old, and one in August who was murdered.  So, 2005 did indeed “blow the doors off” but not in a very good way.  Lesson learned.  Don’t blog on Christmas Eve.