Thanksgiving Post – A Recap AKA How to Not Cook a Turkey

As I told you, The Hubs and I bought this super-fancy infrared turkey fryer to cook a big 20lb bird for Thanksgiving. Long story short, it’s an awfully good thing that my mom cooked a turkey too, because the whole turkey fryer thing was a bit of a debacle. Here is a nice little story in pictures that will tell you all about it. 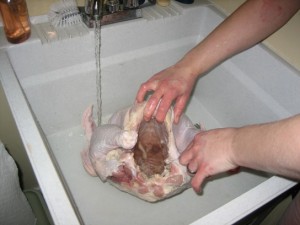 cleaning out the cavity

Touching raw meat is seriously creepy, and to prepare a store-bought turkey you have to clean the whole thing out…which means handling it.  Running the water up into the “cavity” of the bird was a little traumatic for me.  Probably even more traumatic for the boidy. 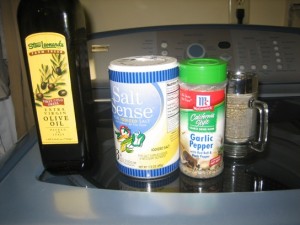 To make the boidy taste good, you have to use the spices 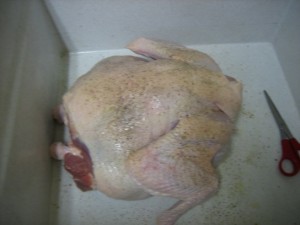 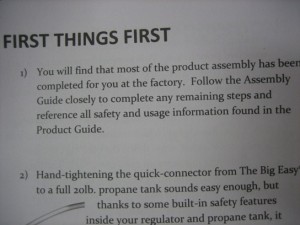 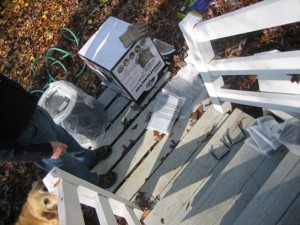 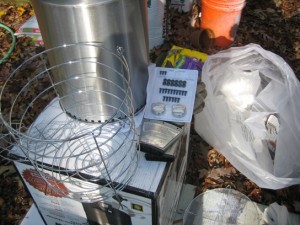 other pieces that are not much assembled 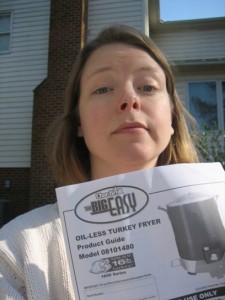 checking back with the instructions 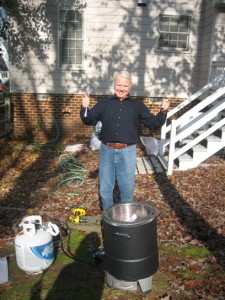 lucky I had help! Turkey cooker is assembled! 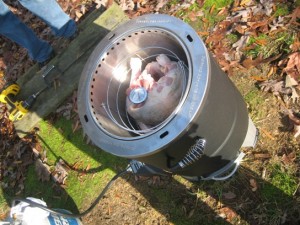 turkey in the cooker. but that's not the end of the story...

There are no “after” pictures and I’ll tell you why.  The turkey took FOREVER to cook.  By the time dinner was over it was pitch black outside.  So dark, in fact, that we couldn’t read the meat thermometer while it was still stuck into the turkey.  So, we pulled out the thermometer and RAN over to the light to see if it was where it was supposed to be.  It was one degree off.  So, we picked up the turkey fryer, placed it into the bed of Hubs’s truck, carried it into the house, and then attempted to get the thing out of the inner cage.

Or, I should say, I attempted to get the thing out.  The little wings and legs were sticking out all willy nilly and I darn near sent the thing sliding across the room a few times.  I finally got it carved and onto a plate.

So then what happened?  How did it taste?  Good questions, all.  Nobody would eat it.  Because the meat thermometer had a dubious reading, and because the turkey rode open-aired in the back of the truck nobody would touch it.  I tasted a bit, and it was good, but it was a total waste of a 20 lb turkey.  So sad, I know.  It does help that the turkey was a gift.

This entry was posted in Family, Food and tagged Cooking, Home, how not to cook a turkey, Meat, Meat thermometer, Middle East, Poultry, Thanksgiving, turkey. Bookmark the permalink.