I Write Things Elsewhere As Well

My favorite blogger ever, The Bloggess, does this little post at the end of each week to show where else her writing has appeared during that week.  Because she has such a rabid following that her readers want to know what she’s doing ALL THE TIME.  I am not personally in that situation (ahem) but thought at the end of the month I’d just do a little reflection, and link to all the posts I’ve done on other blogs throughout the month.  So, here is November, in a bloggy nutshell. 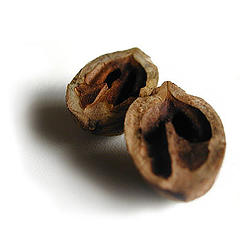 I wrote about smallpox and new guinea laughing disease on Bizarre Medical.  One freaked me out way more than the other.  Can you guess which?

I wrote about Carytown Burgers & Fries on Richmond VA Presents.  Now I want a burger.  Damn.

I wrote about Steven Warrick and his fabulous art, and about a funny Harry Potter comic he did, as well as some yoda art, some sexy women, and some barfy cute animals on Bizarre Bytes.

I waxed poetic about my Le Crueset pot on The Cool Consumer, and posted way too many recipes to link to on Crock Pot Ninja.

I’ve also been working my toukas off on mine and Angelica’s Independent Study about J.D. Salinger.  Check it out!

That’s about all that’s available online right now, other than the posts I’ve posted here, which you should have already read, and if you didn’t it’s not that hard to go into “recent posts” (which I’m not even gonna link to) to read them.  Plus, you read them.  You LIKE Naked Cowboys.

Stay tuned for a Friday rant of epic proportions, and for a Monday update on Alligator Fish Pig and other fascinating topics.